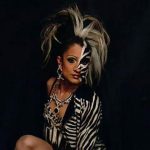 Sasha Taylor- She is a transi show girl that has numerous titles from city to national level.  Miss Texas For Life 2014. She play the guitar and sing and love to make people laugh. She says " I will only recognize you from the back of your head because that's the part I see when I'm behind you and […]

SideShow Human Suspension & Freakshow.- “SideShow Frank has been a Suspension performance artist and professional body piercer for the better part of the past 15 years. He has performed and participated for various tattoo expos, fetish events, music tours, fashion shows, and other private events all over the country and other parts of the world. Besides just “professional hooking” he […] 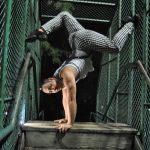 The Queen Anthuros- The Queen Anthuros is a circus performer who specializes in partner acrobatics, and aerial acts. He's been teaching and performing across the U.S for over 10 years, and is currently tortur…teaching people how to be flexible and how to fly through the air.

Ritz Kracker- The whip artist Ritz Kracker brings the villainy of Zorro with the flavor of Indiana Jones in stunning performances that leave the audience captivated and enticed. The smooth a graceful play of whip as it accelerates to speeds faster than sound and appears to be in a multitude of locations at once.  Ritz is not […]

JDS – Lasers- The only unicorn powered lasers in the universe, yes JDS has harnessed the secret of stimulated photons with the magic of unicorns. The brilliant rainbow of colors and the feeling of being over taken by light is what they do. If all you did was come for the lasers it would be enough, but never […]

DJ’s in the Main Ring 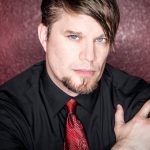 DJ Syn13- He is an Austin based music lover who has been spinning in Texas for over 4 years. He brings his eclectic music tastes to the audience spinning a mixture of electronic dance music mixed with whatever fits the emotions of the dance floor. 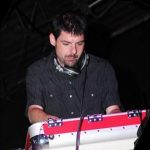 Star23- Taking inspiration from UK Acid Techno artists, 1980s industrial acts and the 1990’s Rave Scene, Star23′s sound is as unique as the dance floor he is controlling. He is a DJ who is not bound by any specific genre. Star23 spins music from multiple genres in a set, such as breaks, electro, dubstep, nu disco, […] 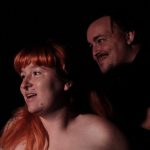 Kane and Kerosene- A husband and wife team who have been tying for some years now and have had the privilege of bringing their unique style to the Exotic Easter for 4 years now.  Their unique energy driven dynamic means you ever know what you will get with they start working together.  They are happy mixing both Eastern […] 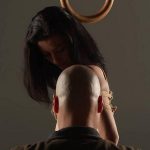 Knot Knormal- has been tangling ropes in the south Texas scene for over 5 years, and has had the honor of bringing his style of Shibari roping to the Exotic Easter Ball 4 times previously.  He is also a leader for SARG(San Antonio Rope Group)He is a rope maker, educator, artist, and happy to show the ropes […]